Showing posts from October, 2017
Show all

Where everyone knows your name... 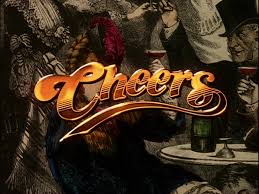 Yesterday my sweet giraffe boy was released from the hospital. He was admitted a week ago Friday with pneumonia in both lungs. It had already been a rough week. He had been wracked with fever and overwhelming amount of secretions. I won't go into the finer details, but let's just say that there was snot coming from every orifice of his cute face. This was our first hospitalization in about a year. It was both strange and comforting to be there, walking familiar halls that I have walked so many times before. I have always said, "If you're at the hospital, you don't want them to know your name, but when you have a medically fragile child, you want to go to a hospital where they know their name." That is Randall Children's Hospital. Javad is well known here to both nurses and doctors alike. They marvel at how big he is (almost 16) and how well he is doing. Some were honest, this time, that they never thought he would make it to 16. It's both refreshing
Post a Comment
Read more
More posts