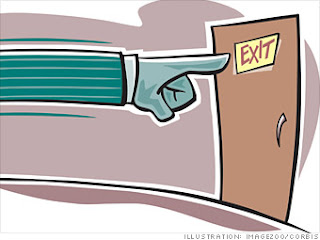 I've been doing a lot of thinking about our current political situation, our president and the repercussions of decisions being made. As each day goes by, I realize more and more that those in Trump-land honestly are way over their head. A group of people with no experience are trying to run the country as if it was a business. There is no ultimate boss here, there is a series of checks and balances that were put into place by our founding fathers so that a dictatorship can't happen. Apparently those in Trump-land have not studied much history, nor have a real understanding of the constitution or the way that government works.

In the two weeks since Trump-land has been in charge, I have seen wrinkles form on the face of a man who values his image. He looks tired. I think this job, one he desired because he felt it gave him ultimate power, is more than he expected. A week ago he signed a ban on immigrants and refugees entering the country, which caused a worldwide uproar. A judge ordered a temporary stay on the ban, which caused a slew of tweets from the account that states that he is the "real" Trump-land. A constant barrage of messages stating how this will be overturned, mssages about how he is in charge. The temporary ban was then confirmed by a more permanent ban from a federal judge. More tweets abut how the "so-called judge" didn't have this power and would be overturned. This didn't happen. A flurry of messages stating how this shouldn't happen and no our country is in danger continued to be sent. A message stating that if there is an attack, this judge would be responsible, is probably the most concerning. I believe that those in Trump-land would orchestrate such an attack to be right, to show that they are "acting in the country's best interest." I don't believe that is the case at all...this is about winning, about having one's ego stroked. It is frightening and sickening.

This is a scary time in our world. I don't care what some think. I realize that there are those in our land who feel that things are going well. I feel that they have blinders on and can't see what is really happening. I know there are those who feel that their voices haven't been heard and that they are finally having someone who is hearing them, but at what cost? How many need to be hurt? How many services taken away from those in need? Those who rely on Social Security are worried about having their funds cut, veterans benefits are being affected and those who rely on the ACA for medical care are looking to have that impacted as well.

My hope is that people will being to have the veil lifted from their eyes. Hopefully not too late. Those in Trump-land are being led by someone who is unstable and not fit to lead. He is over his head. My hope is that the actions that are being taken will not result in the instablility of our government. We cannot afford World War 3. We can't afford the chaos that is being inflicted within a few short weeks. The people are woke. The resistance has started and will not subside until things have changed. This isn't about fighting those in power just to fight...this is about fighting for the people who can't.

I know that I have lost friends over my opinions. It is sad but I can't stand by and watch as those I love are negatively impacted by strange "policies" that are intended to be power moves alone. The man in power is not used to being told "no." He is not used to having his directives questions. He is the one that is used to being the end-all giving orders and having others blindly follow. This is not the way a country with a democracy works. The president just doen't have the ultimate power that Trump-land desires. This seems to be a shock to his system, something he had not considered. The tantrums that have ensued are embarrassing and have made our country look weak and unorganized. People around the world are wondering how this could be happening. Only our enemies want to be friends and that is concerning.

It's hard to believe that this has happened in just two weeks. I can't even imagine how exhausted we will be if this lasts for four years. I am not sure that we will survive, frankly. Sadly...I think there may be a time when collectively the country says..."You're fired." I am not sure this can come soon enough.
fired policies Trump-land