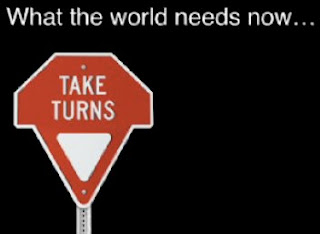 Tonight on a Facebook thread, I was talking about how rough, on a personal level, the last few days have been. The confirmation of Betsy DeVos yesterday hit at a place that was unexpected. I (unfortunately) watched the  confirmation hearing yesterday and immediately began feeling such a sense of panic. I have spent twenty-five years in the field of Education. I am lifelong learner, having earned two Masters degrees and a variety of continuing education credits. At the end of the day, I came home and cried. I questioned whether the work I have done my entire adult life has been worth it.  Hard work just seems like it didn't matter. It was defeating.


Today, Congress confirmed Jeff Sessions, who had previously been denied a Federal Judgeship due to his history of racist remarks. Elizabeth Warren, Senator from Massachusetts, tried to read a letter aloud that had been written by Coretta Scott King and was quieted. Two male Senators, one from Oregon, picked up the letter and continued to read. This brings to the forefront two issues, one is that we just confirmed a man for the highest legal job in the land that has been known to be racist and the second is that a woman was not allowed to speak due to her gender and the belief that she was disparaging the nominee. Ironically, the two men who did read the letter were not treated the same. This is the one who is supposed to stand for equity for all. I am not sure how that might play out. Time will tell.

The blows just keep coming. I am struggling to see how people can see these confirmations as "good for America." I have never seen a time when I personally have been so blindsided on a daily basis by others opinions. Yes, I know others may have differing opinions than I do and I have tried to respect the opinions that I disagree with. What I am shocked about is that there are so many who have, what seems, a deep dislike for women, minorities, and speaking out for equality for all. It seems that the elderly and those with disabilities are also on the chopping block. We, as a society, are feeling justified in sweeping so many under the carpet and spewing hate.

Growing up, I think about how often we were told to follow the Golden Rule, Treat others as you would want to be treated. Where is that now? Do we want to be treated with hatred and intolerance, because that is how we are treating others. Refugees, that have spent years being vetted and living in treacherous circumstances, are now being told they are not welcome (there is a temporary stay in this order right now), the elderly are being told that their services may be cut, education is up for the highest bidder, children and adults with disabilities are in danger and now, the fox seems to be in the hen house. All of this while Twitter is blowing up by those in Trump-land, and his businesses are making a record profit due to assistance from us, the American taxpayer.

So, back to the conversation today...I am exhausted. Yes, this could partly be because it is finals week and I have nearly 200 students freaking out about their grades, but it's more. I am exhausted to the bone. Each day I am braced for what atrocities may come from Washington DC. I can't believe it hasn't even been three weeks. The news just is horrible and the people in charge have no flipping idea what they are doing. It's frightening. So, I need a plan, one that doesn't give me a daily migraine (like I've had all week) and feel like I have been run over by a truck. The plan is to employ more team work.

I know that I am not alone in how I am feeling. There are many of us that are feeling like we are barely making it. So, it's time to look at a new strategy and here it is...

In times where things are rough, we need to hold one another up but most of all, we need to find rest. Let's take shifts...that way the burden is not on one, rather, we share it together. It may be the only way that we survive this and that, my friends, is Priority #1!!
exhaustion government taking turns