February 03, 2017
As I sit here ready to write, I have so many feelings bubbling up. For most women, the insult "Like a Girl" has been thrown at them in many different ways. Watch the video...it gives great insight on what it means to be told that you do something "like a girl." For each one of us that identifies as a female, we have no choice but to "act like a girl..." because we are girls! We have no option to do something in a different way. We wake up in this body, we have the feelings we have, we are what we are...Who said that doing things "manly" means better? The insult is thrown at men too. "Quit acting like a girl..." The ultimate insult from one boy to another or even worse, from a girl to a boy. Why is this? LGBQT youth are told they are "like a girl" in a way push them down and make them feel less. It is the ultimate slam insult. Why is that? Who decided? 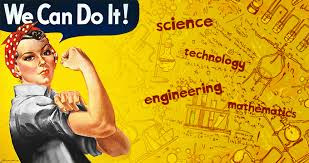 It should be that being "like a girl" means that you are powerful, strong. "Like a girl" means that you can stand for what you feel. Girls are the future. More than 50% of the US population is women. Women are the future. We should be looking at the young women of our day and encouraging them to reach the highest heights. These are the minds that we want to nourish not push down. As a teacher I want to encourage all of my students in the areas of math and science but open the lower the ceiling for my students that are young women. I teach math and have an affinity for science, careers that are underrepresented by women. These are the career paths that will grow the most, the ones where we need bright minds pushing the envelope.

This week in Trump-land, women were told to #DressLikeaWoman. This does not just mean to dress professionally but rather was intended to have deeper meaning. Women were told to wear dresses, skirts, heels and the like. Women were told that they should consider wearing the Trump-land brand of clothing to improve their clothing attire. Dress like a woman? What does that even mean? Women are ranchers, astronauts, firefighters, police officers, military personnel, pilots, teachers, doctors, lawyers, scientists, professors, businesswomen, and more. I could go on and on. Each of these careers has it's own unique style, each appropriate for the job being done. Why were the instructions on how to dress only given to women? There is a historical opinion in Trump-land that women are incapable of making decisions for themselves, they need a man to guide them. This is the leader we have chosen. The one to guide us and show how to lead. This is who is laying the foundation for our future young men and women...showing acceptable behavior and telling them where the glass ceiling is. Frankly, as an educator, this is frightening...I don't want my students to see less...I want them to see more...more opportunities, more hope, more unity.

It is time to stand up to these statements as well as so many that are being said. Women need to unite and fight. Let's show what is means to #dresslikeawoman...it means a long line of badass women standing in whatever clothing they love and saying "enough is enough!"