January 27, 2017
Well, the water seems to be getting deeper and now I am just swimming. Today in Trump-Land, it was determined that those who come from Iran may be in danger of being removed or not allowed to re-enter the country. Yes, now Trump has entered my house, he is in my personal space, he is talking about my family. His ludicrious new order says that those who have green cards (even ones who have been in the country for some time) may not be allowed to re-enter if they leave. The heat is increasing. 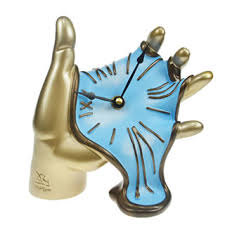 The idea that we, as a country, can essentially state that we will no longer allow those of a certain faith, in this case Muslim, flies in the face of everything we were built upon. The United States was built on religious freedom and equality of all, yet here we are barring those from countries that we have decided are "sending terrorists." The closed mindedness of this administration is mind-boggling and illogical. To state that our government prioritized allowing Muslims to enter over Christians is ridiculous as well as the idea that refugees that enter the country aren't vetted properly.

I have a large number of students who are not only refugees but also Muslim, students that are happy to be safe in the United States but are now concerned about their own safety as well as their family's safety. These policies and executive orders are affecting them. These policies are affecting my family and whether or not everyone is safe from the governement. The idea that people could be in this country for years legally and then not allowed in is the most absurd. I am not even sure how to wrap my head around it.

I look back over this last year and I am not even sure when our humanity left the building. I used to belieive that there was much work to do, but overall, as a country, we were slowly making moves in the right direction. Conversations were being had, privilege recognized and beginning to be acknowledged. In a few short months, I feel that we have turned the clocks back. The country is feeling like the old South, with virtual confederate flags flying, and conservatives yelling about how the country is being taken over.

Let me remind you...we, the whites, were the original immigrants and no matter how many ways we try to spin history, we demolished the lands and the native people who resided here. Imagine if they had passed a resolution banning immigrants until they had a "proper" veting process. Frankly, maybe that's what should have happened...we wouldn't have the Dakota Pipeline issue and we might be a much healthier country, but I can't go back and fix that...right now I am trying to figure out what's next.

I am grateful that tomorrow is Saturday and I am hoping that our president takes the weekend off. His hand is probably tired from all the executive orders that he signed this week.