Javad, the giraffe, and the MLS Championship... 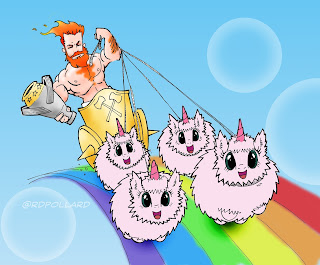 This has been a crazy few weeks. For those who know me, you know that I love soccer. I met my husband playing soccer, met some of my dearest friends from soccer, and, this year, have made many new friends through soccer.

Last year, on March 16, our world changed forever. Our sweet boy, who had beat so many odds, had his first ever seizure...one that was so big that it stopped his heart for almost four minutes and nearly cost him his life. It has been a year of lowest lows...Javad's seizure has blown a cavern through our lives. For the first months (maybe the first five), our boy just wasn't there. Snowed by drugs and the trauma of (let's review here...) a seizure, four minutes of CPR, three days of cooling (yep...a Javadsicle), then two days of thawing, two days of double the seizure medication, then three more weeks of sleeping. We brought him home after a month and had no idea what might happen. He was barely conscious and was being evaluated using the coma scale.

I was trying to find escape and, my love of soccer was where I found it. Although I was barely able to go to any games this season (although I am a Thorns and Timbers 2 season ticket holder), I went whenever I could with my dear friends and followed their progress. This was a season where things just didn't seem to be falling together, a feeling I both understood and related to. The Timbers Army, the fan base in Portland, never lost hope. There were good games and there were not so good games, but ultimately, the Timbers kept playing. Over the summer, things started to turn around, similar to what was happening at home. We were seeing glimmers of our boy.

The summer became a summer of "turn arounds" and a summer of hope for both us and the Timbers. I got my giraffe tattoo, in honor of my own little giraffe, Javad, and the Timbers began making a late season run (I am not saying those two things were related but maybe!) Each month we were seeing more and more of our boy. I am not gong to lie...it is hard...he still can barely move, but he smiles and his lips are ready for a kiss at almost all times.

The fall of dreams continued with the Timbers, and an unlikely bunch of practically no names, made the playoffs. We weren't surprised, although I think the league was. Playoff games led to last Sunday's MLS Cup Championship game. I knew they would win...I had seen the magic and believed.

Now I am going to ask for that magic to flow over my boy...The odds are not in his favor...I am realizing that, although I believe that we have plans for improvement, it will take a lot of work, by both him and the community around him. I believe that this can happen...why? Because I just watched it happen in Portland. A city, an Army, surrounded a group of players and a coach that had a star in it's eyes and said, "We believe in you..." The magic is real in the Rose City....I am taking some magic for us here in Happy Valley...I am ready for a change of the tide. I am ready for a full recovery...I am ready to bring my boy (fully equipped with headphones because the Army is waaayy too loud) to see the place where his mother got her hope back.