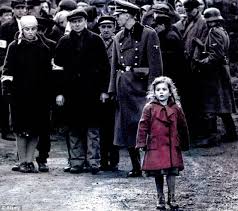 The general response has been so sad, in my opinion. Countries far smaller than the US are welcoming Syrians into their country with offers of food and shelter. These are men, women, and children who have been uprooted from their homes and their land and have had to flee to safety. Flee...let's think about that for a moment. How would you feel if you literally had to run for your life? So many of us have never experienced this kind of horror and yet, many are talking of turning away those who need refuge. Worse...people are doing it in the name of Christianity and saying that they are just "protecting our own."

I challenge you to examine where these feelings are coming from...fear, worry, anger. I think the first step is to really see and identify where the feeling is and own it. Yesterday we had politicians actually saying that Muslims should be required register and wear some symbol to identify themselves. WHAT??? This is so frighteningly similar to World War II, I am actually at a loss for words. What are we coming to?

I continue to stand in a place where love and acceptance prevail. I teach in a school where many of my own students fled for their lives to come to this country and now they too may be subject to persecution. I love these students fiercely and would stand against anyone in their favor. The word "terrorist" carries a lot of emotional baggage and, frankly, unless you are of Native American descent, we are all immigrants of some sort. Be careful with your words, check your own privilege and examine how you might feel if you were one of the refugees trying to find a safe haven.

I thought we, as Americans, were better than this...I am concerned our prejudice and hatred may be far deeper than I thought...not sure what to do with that information except be very, very sad...
@queenmthtchr #houseofmashinchiwriting refugee