Equity, Equality, and Me...Where do I fit in it all?

July 01, 2015
The last few days have been ones where I have been doing some really deep thinking about who I am, where I fit, what I think. I have been taking some classes recently. One about diversity and another on language acquisition and it has been really making me reflect on my own thoughts and ideas about equity, equality and my view of the world. 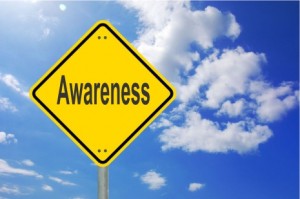 My Facebook feed has been filled with rainbows and photos of many of my friends who are celebrating that all are able to marry. Friends that can now feel relieved that their marriage will be recognized regardless of where they may travel within the US. Yesterday photos of American flag superimposed over pictures began to appear. First it was from some that I thought may not be thrilled with the Supreme Court's ruling, but then there were others. What was this for? Hatred? Standing against? Or (as someone aptly said today)...the Fourth of July? (Shannon face palms!) Regardless of the background, it did make me pause...Where are we? Where are we going?


I live on the outskirts of Portland, Oregon...I work on the outskirts of Portland as well, although where I live and where I work are radically different. I am a white woman who was born and raised in this area. I tell you this because, I believe, that these things have helped to form who I am to a degree. I was raised quite poor, although I was not aware of the depth of our poverty until I was much older, but still I recognize that now, especially as it relates to my students.

I have been teaching in my current school district for 15 years and in that time it has changed dramatically. When I was first hired it was largely white, although many were low income. There are a lot of apartments in our district, although there are also pockets of houses where affluent families live. This has created a juxtaposition of wealth...high and low together and culture. In recent years, there has been much gentrification of the north part of Portland, which has pushed primarily African American families toward the outer limits of Portland. There has also been an influx of families from Africa, Burma, and other war-torn countries where families are fleeing, sometimes for their safety. Our little melting pot in East County is becoming more and more diverse with almost half of our 2015 graduation class being minority. Ironically, all of this is happening in the "whitest city in America."

We all come from different experiences, but I feel, if we are going to truly move forward, we need to recognize where we are, where we have come from, and where we are moving. We also need to be aware of those around us. It is not enough to say, "I understand," because, as a white woman, I don't. I don't know what it is like to teach my sons to have their hands in sight at all times if pulled over by police, I don't know what it is like to have family killed in front of me, I don't know what it is like to be a woman who was not allowed an education simply because I am a woman. I don't have these experiences. What I do know is that I have had opportunities in my life because of the people I have come across, I know that my father exposed me to people from around the world and that has made me a more tolerant and knowledgeable person, I know that, even though my family didn't have much money, I was given every opportunity to be involved in music, theater, and attend college. I know that I have the opportunity to open doors for others because of my role as an educator and be a voice for my students.

It is only when we are aware of ourselves that we can really see others.