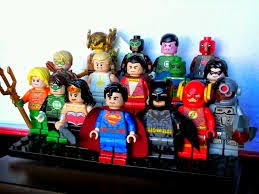 Today I was listening to the radio while driving down Marine Drive (alongside the Columbia River.) The weather in Portland was incredible today, nearly 80 degrees and the sun was reflecting off the river. Sometimes, when you live in a place as beautiful as Oregon, it is pretty amazing when you take a road you haven't driven in awhile and see the gloriousness around.

While driving in the sun, music blasting, Superheroes by The Script came on. While listening as the words as they floated through the air, parts of the song resonated with me.

She's got a lions in her heart
A fire in her soul
He's a got a beast in his belly
That's so hard to control
Cause they've taken too much hits
Taking blow by blow
Now light a match, stand back, watch them explode"

My sweet boy is my superhero...he continues to fight each day...a fight, again, he was not expected to win.

Today, we began seeing more of a smile. It is work for him, one side of his mouth pulling independently of the other until both sides have curled into an open mouthed smile. It is indeed progress, small, tiny steps in the right direction.

I refuse to lose hope...that is what this life has been built on...smiles from my superhero
#AtoZChallenge #giraffestrong smiles superheroes