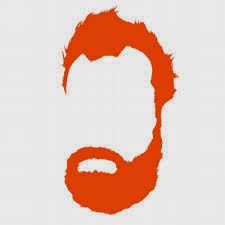 Each day we all make decisions which determine our next step and so on and so on.  There are times when we don't even realize that a decision was made until far later when all we can do is pause and wonder if the path had been different.

Today, I decided it was a good day...this morning upon waking, my sweet boy had his eyes open, as if it were a regular Saturday and we were watching cartoons. I told him how happy I was to see his eyes, put his glasses on and Jake and the Neverland Pirates off Disney. I'm pretty sure he was watching although even if he wasn't, seeing him with his iPad and glasses brought me such joy!

Later my daughter called and told me that she as attending the US Women's National Team (soccer) game in St. Louis. She had decided, at first, that the game was not affordable, but the her friend found some amazing tickets for an amazing price and there was not way to resist. She had an incredible time. We texted back and forth during the second half and I decided that today's positive mood was going to continue.

Tonight, I went to the Portland Timbers game...I already had a feeling they were going to win because it had been such a good day! I told those around me and Borcher's header goal started us off on the right foot. It was a great game, with the Timbers beating Dallas 3 - 1. What a glorious way to end the day.

Heading back to the hospital, I am reminded that all things don't go as planned. The boy is running a fever and blood cultures are being drawn, but I am reminded about all the good that has happened and I believe that he will get better...that he will improve.

I have decided this to be true...after all it was such a good day!
#AtoZChallenge #giraffestrong #natsbeard decisions good days