The Perks of being a Wallflower 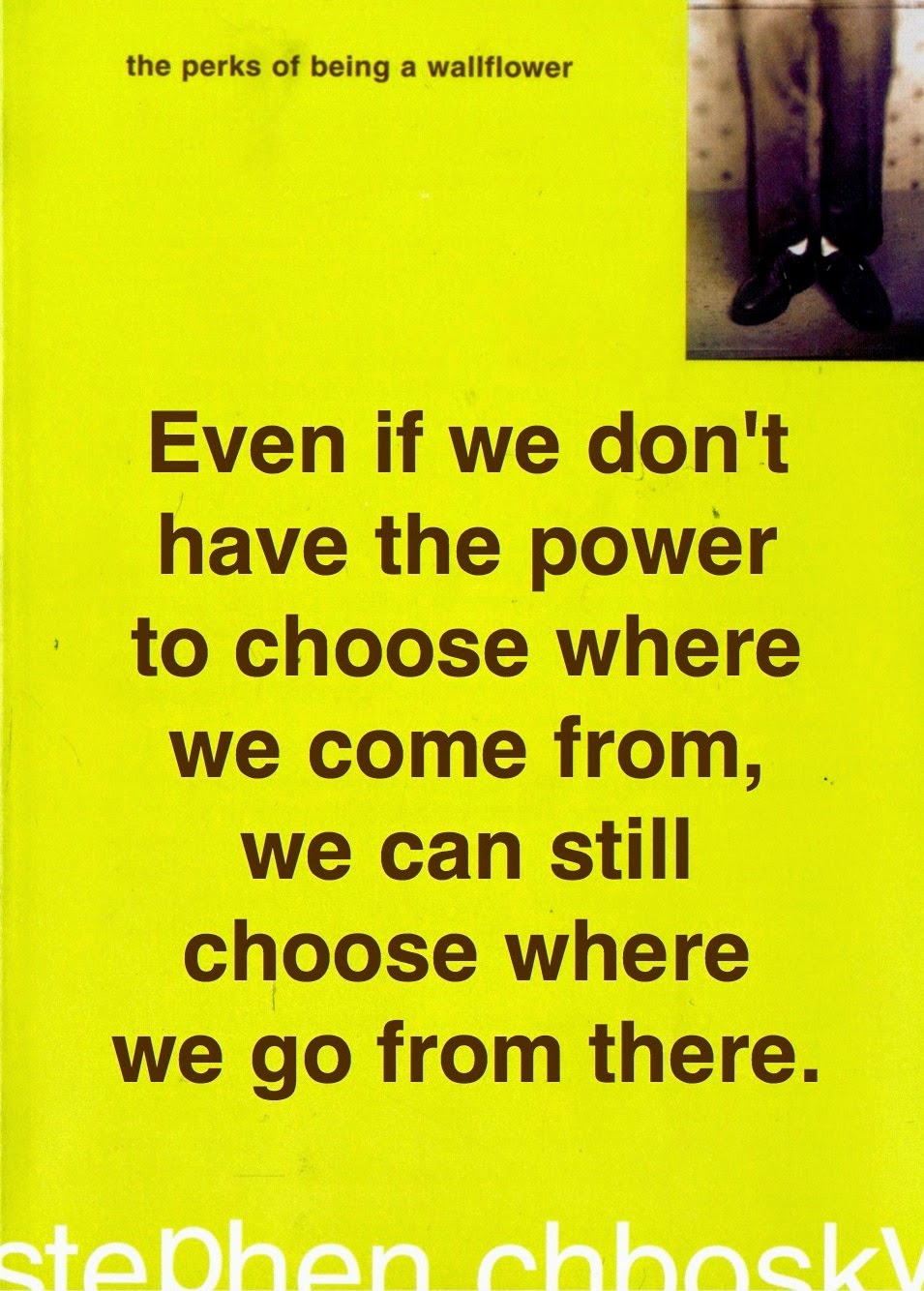 I am nearing the end of my career at the middle school where I teach and moving to high school once again. I was one of these kids. I grew up relatively poor, with a mother who was half crazy, half hippy, thriving at school while dealing with home. Now I see that I was a pretty resilient kid, something that I wonder about. School was where I could be someone new, someone I wasn't at home, someone I was creating. Although I made poor choices, shady drug deals of speed in the woods by the school, out late with my friends, it was always to put food on the table for my brother and I...trying to make our life "normal."

I was the grown up in the house and that responsibility weighed heavily on me. My brother was young, my mother, in so many ways, a child...how, at 14, I saw that there was a light somewhere else, I will never know. Well, actually, I credit my teachers...a few who saw more. They paved the way.

So here I am ready to move to the next phase, baffled by some of our students behavior. Today, at a reward party, they threw their trash on the ground, as if someone else was going to follow behind them with the trash bag. They were shocked when we stopped the party to make everyone clean up. Their sense of entitlement amazes me. Their is a general lack of pride in their school, in themselves. So many of them feel that it is my fault, other teachers fault, the schools fault for their lack of success. We have been making contracts on acceptable behavior and, yet, some will be allowed to be rewarded by attending promotion, even though they have not earned it...another way that we are failing our students because their "life is hard."

We enable them, make them think that others should be responsible for their success and then act shocked when they don't make it. How have we set them up for success? We haven't...we have just continued the poverty cycle by allowing excuses and bad behavior to be a ticket to the party.

We are crippling our children by letting them continue to believe that others are responsible. I am grateful for that...for people in my life that told me that I didn't have to be bound by the crazy in my life, that I had the power to choose. This is why I continue to teach in the schools I do...someone has to be one who shows that it's not ok to take it all for granted...hard work and deep struggle pays off...it will not always be easy, as a matter of fact, it will rarely be easy, but that's ok. Working hard, to get the big prize, is what it is about.

It's not about having your hand out, waiting for someone else to do the work for you...it is about pulling yourself up, working your hardest, then giving a more...

It is about doing the job completely, in a way that not only you can stand by, but you are proud to show others. That is the lesson I want to give my students...that working hard and getting the personal reward IS the big prize. It isn't about their grade...or how they will use the knowledge in their future. This is about personal satisfaction...knowing the work is hard and doing it anyway...knowing that some may fail, but it will not be them...being proud, standing tall, saying that there was nothing more to be done and mean it.

It is about standing tall and saying to oneself, "I am proud of myself," and really mean it!
being responsible wallflower working hard