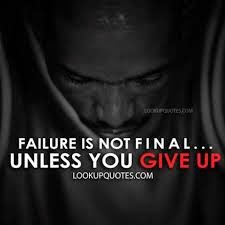 It is World Cup time...the time when I stop and watch. Watch game after game after game. I love listening to the crowd, the whistles when they don't like what's happening, the cheers when they do. Two countries, putting their best on the field, battling for a win.

What happens, though, when the "clear winner" doesn't win? Does one lower expectations?

This seems like it has been the World Cup of upsets. The Netherlands beat Spain, the defending champions, 5 - 0, Mexico tied Brazil. It is when guts and grit overcomes the desire for glory. Don't get me wrong...celebrations happened, joy was seen...coaches walked miles in their coaching boxes while wringing their hands, while hugging others over goals scored.

But the story here isn't in the victories...it is in the defeats. Spain...the leader in the world for soccer, the gold standard as to what is means to play futbol, gave up. When they played The Netherlands, their discouragement was evident...once they were behind, they became sluggish...they gave up. Tonight, playing Chile, the same thing happened. Conversations around coach firing, player retirement were common, but that isn't where the story is.

The story, to me, wasn't about lowering expectations, but about raising beliefs about self. It is easy to give up when things are difficult, it is hard to dig deep but digging deep is what it's about...it's about doing the work and having enough pride in oneself to not give up, not lie down, not lower expectations. It's about holding one's head high and be able to say....

I did my best and I am proud of the work I did.
giving up grit lowering expectations trying hard