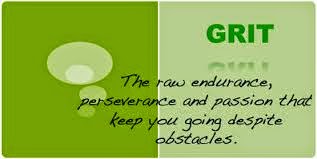 Tonight I went to a Portland Thorns soccer game. I am a season ticket holder and I love watching them play. I missed my opportunity years ago to get season tickets for the Portland Timbers, our beloved MLS team, and have been sorry ever since. Anyway, I ramble.

Tonight I went to the Thorns game and there is nothing really to be said except it began as a giant cluster. During the first half, the goalkeeper, Nadine Angerer, was called for a foul and a penalty kick issued. Arguing from the team ensued, players, including Angerer, argued with the ref and was given a straight red card. This means she had to leave the field, her team may not be able to adequately recover. It was a disaster...there is no way to candy coat it, but what happened in the second half was pretty amazing. The team came out from the locker room (ok...the other team scored a quick goal) and dug deep..they showed grit. 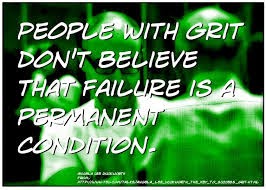 They started communicating, they pulled together, they began to cover the space that was open from the person missing. In spite of the circumstances that were beyond their control, they dug deep, found extra energy, and held of any other goals. Yes, they lost...yes, they were exhausted, but they know that when the mountain seems too high, they can look at one another and know they they've got it...they can do it...they can count on each other when the times are rough!


Grit...it is when you don't think you can dig any deeper and yet you find more. It is when the obstacle seems so big it is insurmountable, you keep going...when you feel discouraged, you keep going. It's the belief that even though it is difficult, it will not continue forever. You have two choices...quitting or moving forward, except quitting isn't an option.

Many of my students don't have grit...that's one of the lessons I want them to take away from next year. Life will be hard, decisions may be difficult, people may be less than you wanted, you might be disappointed...it is then when you must dig deep, show that  you have grit, because without it...you might fail and really failure isn't an option.