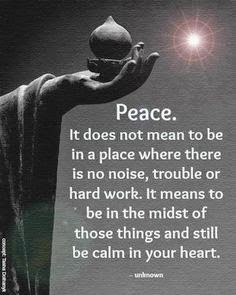 This has been a strange week...a week of celebrations and sorrows. On Tuesday, the high school in my school district experienced a school shooting and two were killed, the victim and the assailant. Both boys were freshman, just 14 and 15 years old. It was just one day before the school year was over...finals had just begun.

Although this has happened around the US, one never feels that it will happen close by. Although I am not at the high school, I am moving up there next year. The community gathered around and hugged the students, staff, parents. The district handled that aftermath beautifully and local agencies were impressive.

I was thinking about when I was at school as a young woman that we never had to worry about these things. The scariest things  that I knew about were fights, occasional bullying, but never guns...that was beyond thought. The world has rapidly evolved and I'm not sure that it has been in a good way. School has become a place where fear resides. We practice lock-downs and lock-ins, talk about what happens to us if someone is in the building. This was never a thought when I was young...

It think about this world that my students are growing up in...a place where fear often resides. It brings me to wonder how we can truly have celebrations, when fear is the place where we live, teach, and learn.

Celebrations, like those, which filled the rest of my week.

On Friday, our second youngest received his Associates degree. It has been a bit of a windy road for him...starting at a state college, then returning home to complete his degree at our local community college. He is one of the brightest people I know, who is passionate about music. He is trying to find his path, trying to figure out what the next logical step. He has looked at many different paths and, I think, may have finally found one that works for his interests, his personality, who he sees himself in the future. Nurturing the artist within, while still following a career path.

On Sunday, my brother walked for his Bachelors degree in Architecture. This degree is a long trip down a path that has included self-destructive behavior, alcohol abuse, a failed marriage, broken relationships...then a swing forward toward success, starting with a program at the community college for students who have never been to college or are returning to college, he then moved through a two-year program with ease, finally to move to the state college where he has excelled. He has discovered that he is an artist, he has been in an incredible relationship, he has a beautiful one year old daughter. His life has turned around, a celebration indeed. He is a perfect example of someone, who given the opportunity, excels...moving toward a bright future full of possibilities.

These are the celebrations that all students should be having...life to look forward to, a bright future ahead. Fear should be abolished, students and families, having a sense of peace and comfort. I am looking forward to that day...a day where peace wins...
celebrations sorrow