January 05, 2014
Today's thoughts: Siblings can be a beautiful thing. Growing up, I had two spurts of being a kind of only child having started school when my brother was born and my sister's birth occurring when I was in high school. My brother and sister are not related, each of us sharing a single parent, so I have both of them, but they only have me (lucky them!).

My relationship with each of them has been entirely different. My brother and I had a definite love/hate relationship. I was older and the "responsible" one. Our mother...not always. Needless to say, we had some trials together. We were close growing up...many times I felt more like a mother than a sister. Sadly, I moved out after eighth grade...to move in with my father. It was a moment that I stood for myself and not us as a unit. Our relationship changed...he grew up in the insanity as I was trying to figure out who I was.

In high school, I welcomed a sister. She was much younger than I was an our relationship has had to grow. First she had to grow up and then we've had to find our way.

Both of these relationships have been a journey...in totally different ways. My brother and I are similar in our personality, sarcasm, and deep laughter. We are loud, talk over one another and love forcefully. My sister and I are fiercely competitive...with others and with each other. We are both very particular about things..not the same things, but have the same trait. We are loyal, don't always communicate well, and want to be the best at what we do.

I am grateful to have them both...each represents a different side of me.. 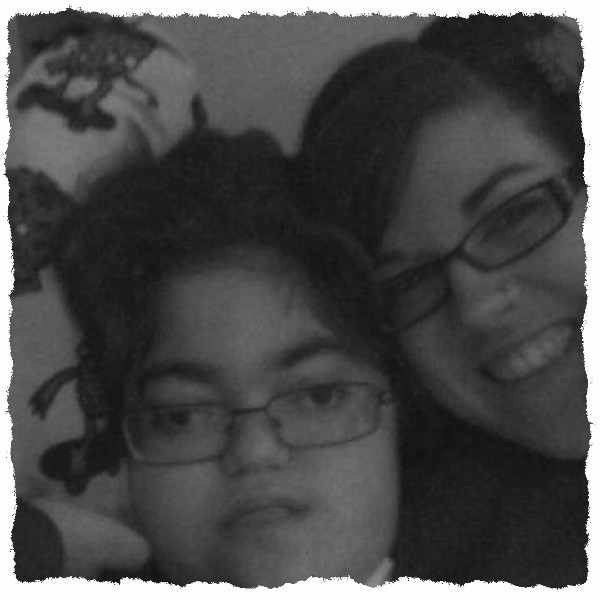 Today's Gratitude January 5, 2014: Watching my children together is a gift. My daughter leaves in a few days and tonight I had the opportunity to watch her interact with the Cutest Boy. These two don't get to see each other much since her move to Illinois and since he spends the first week not talking to her (because he's mad that she's gone), it leaves a short amount of time for them to re-bond. Today she downloaded the game Subway Surfers for him to play (he's an avid game player on his iPad and truly masters games amazingly fast) and bam they are BFF's again. Ironic since she leaves Tuesday, but alas, that is life with the Cutest Boy. Tonight after I adjusted his body, and moved him so he can watch whatever show he is watching, she came down to kiss him. It was a moment to behold. He was pointing to all the places he wanted to be kissed, then kissing her cheeks, face, forehead. She asked him for a hug then helped him put his arms around her neck. The kissing continued while hugging was happening as well. There was time between them that lingered. I witnessed something special. Although the Cutest Boy doesn't talk, he speaks with his actions, his kissing, his love. Their love as siblings, far apart in age, warmed my heart. I am blessed and my heart feels full. I am grateful for sibling love...a love that is above all, binds deeply, and is unbreakable.