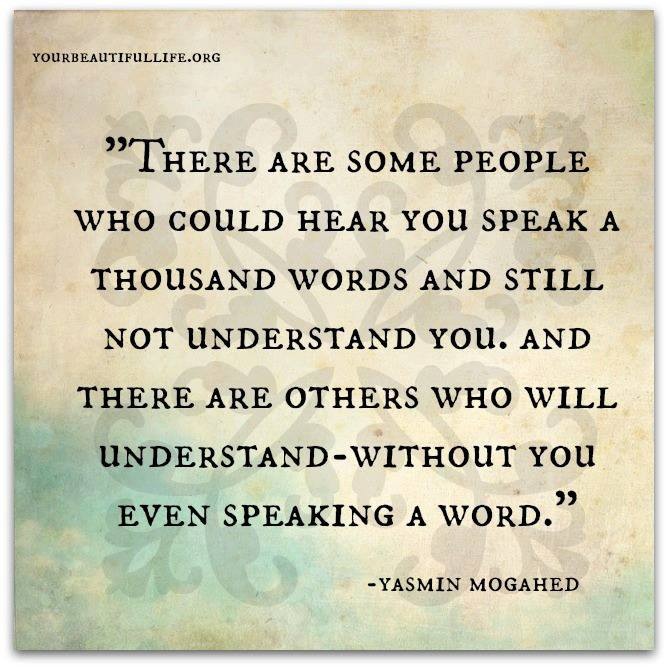 I have always been known as someone who speaks my mind.  It is a trait that I got from my mother. Sometimes in my life I have cherished this trait, while other times I have rued it! It is true that as a younger woman, I was not sure how to temper this and I would often be speaking before my mind even had an opportunity to think what I was saying. Then I would spend time apologizing. This occasionally still happens and I find myself stumbling across my words, as I have suddenly realized what is coming out of my mouth. Since I have gotten older, I (usually) have better control and am able to think before speaking.

Speaking out comes with another danger...that you are not really heard. There are times I find myself, when others are talking, not really fully engaging with what they say, but rather hearing that they are speaking and nodding my head or saying "uh-huh" as they drone on. Often these people are those who notoriously say a lot and really say nothing at all. As a result, I may have no idea what was really said when I am either agreeing or disagreeing with their content. Another case may be that when we come to the end, I truly have no idea what our conversation was about, so I look like a shallow idiot because I haven't really listened.

Today I went wine tasting with my parents and my husband at one of our favorite wineries, DePonte Cellars. During the time there, we were discussing the differences between today's learners and learners of the past. One of the topics of discussion was the ways that communication has changed over the years. Now there is email and texting etiquette, where in the past this was nothing to be concerned about. If I send a text that says, "Want you to know that I am thinking about you," does this require a response or can the statement be said into the air? When is a time when an email response is required? Today's generation is creating etiquette rules that Emily Post never concerned herself with or never even imagined. It is interesting and, I'm sure, the topic of many a dinner conversation.

When is it required to share something and when should a person "know" that something is going on with you? What is the real meaning of "friend?" Is there a different between "Friend" (with a capital F) and "friend" (without the capital)? This movement toward "modern" conversation brings the generations together to discuss.

At what point in our lives are words not needed at all and what does that mean for the quality of the relationship involved? I think that this is where our pondering really begins...is there a time to speak and is there a time when the lack of words speaks volumes?

To find within ourselves where quality versus quantity reaches a higher height and a deeper depth of conversation...that is where (I think) that we ultimately want to be...
speaking