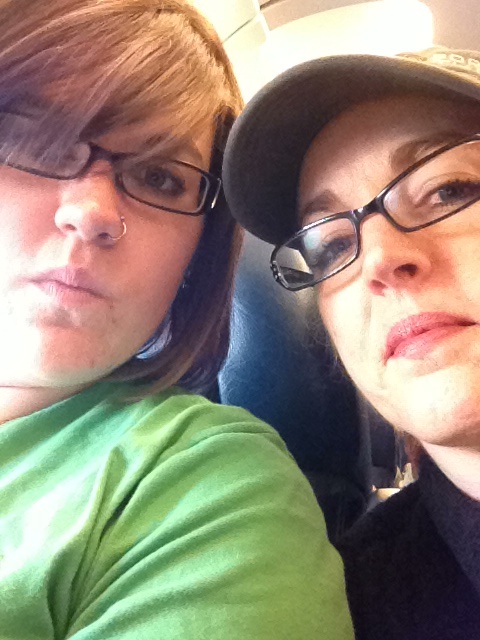 First, I need to apologize...I didn't do a blog post last night...In my defense, I was on a plane all night, so there was really no time to blog or post, but still, in over 150 days, this was the first night of no post...

So here we are on the plane. Stesha got us tickets for the red-eye, which was great until this morning when we arrived at 5 am, exhausted. 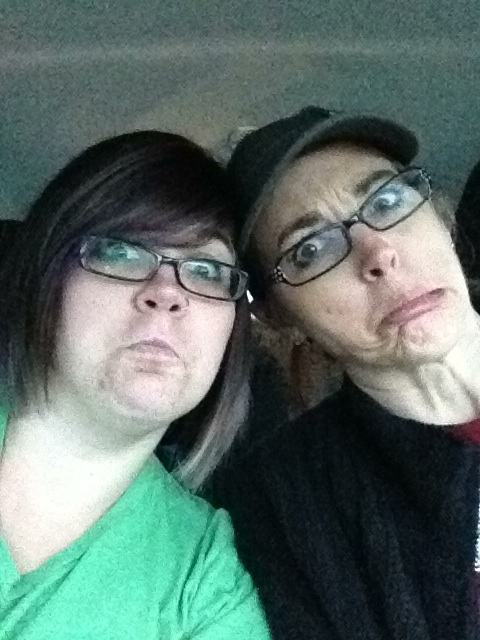 We got to the airport and stopped at Starbucks for what were clearly the rudest employees ever. I ordered my Americano to a scowling woman, asked the other if they did ristretto shots (ris-what?), then asked if I could pay separately (If you read me your card twice!)...well, now we know...females in St. Louis do not take happy pills in the morning. Coffee in hand we began our trek to our rental. This journey took forever. Stesha likens our walk to the rental shuttle to a fitness walk, except longer. We were greeted by a cheerful Hertz male employee on the bus only to be greeted by a surly woman at the counter...Wow! How hard is it to be polite? (apparently very difficult!) We grabbed our car and were off! Took a quick picture at the gate (what the heck is going on with my face? tired? I guess) and we're off to Illinois! 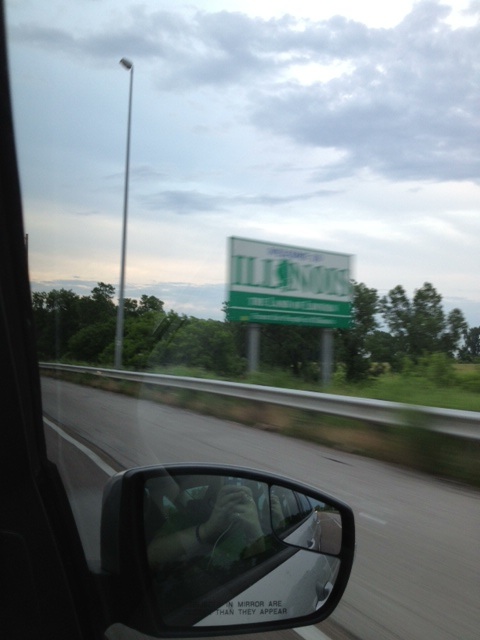 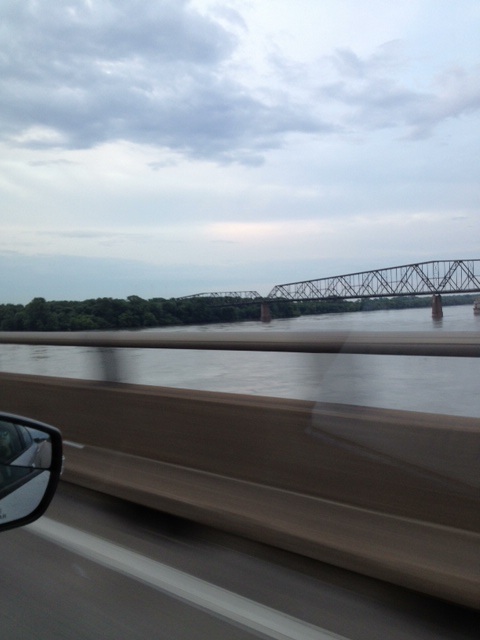 Exciting times...We were crossing the Mississippi River. I have never seen it (Stesha either!), so that was a pretty neat event. Probably a thousand pictures that looked exactly the same were taken and then we saw the sign...Illinois!! 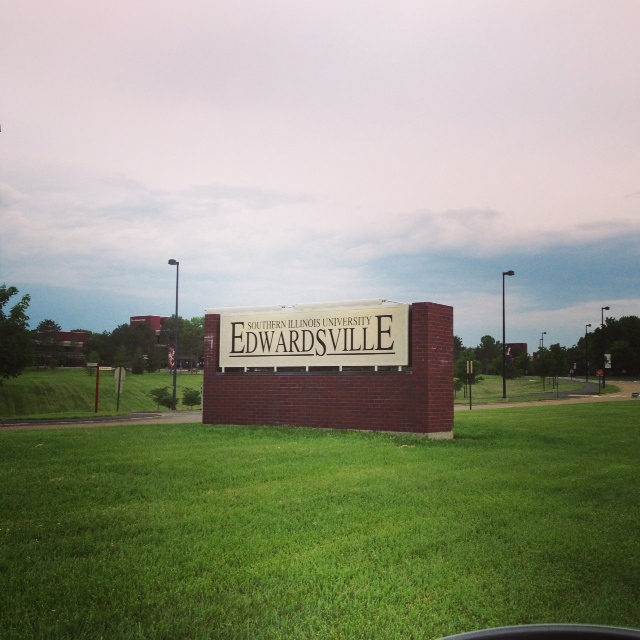 Since it was early (6 am Illinois time...4 am Oregon time!!), we decided to take a cruise around the campus...It is beautiful and HUGE!! Tonight we checked out the dimensions and it is TEN TIMES BIGGER than University of Oregon at 2700 acres of space being covered. That is almost too much to bear. It is lush and green and gorgeous. I think that Stesha will be happy there. It is overwhelming how big and expansive it is. There is clearly much to be learned and she is impressed at the Rec Clubs own fields, the Sports Complex, the Student Fitness Center...On Monday, we will get a better idea of how it all fits together, but it was an amazing start! 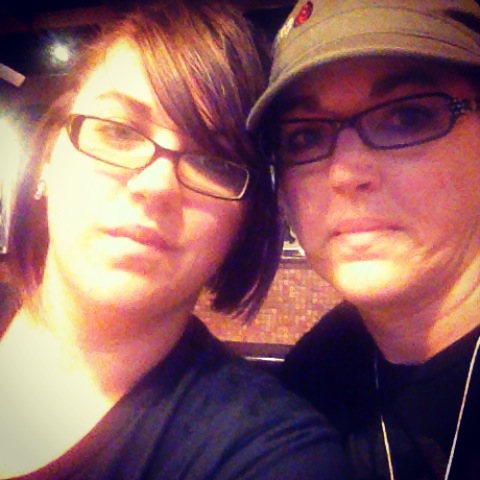 We got to check in early to the hotel, took a serious power nap and went to dinner at Peel's FireCooked Pizza. It was wonderful and we have talked about heading out there again tomorrow. This is our final picture of the night at dinner, clearly tired, but having a wonderful time! Now we unwind in our room, getting ready to head to bed. We are heading to St. Louis tomorrow to meet a potential roommate, check out the sites and then Monday is filled with checking out houses, meeting the boss and so on.

1. The yellow promised rental car was actually silver
2. What is the speed limit here?
3. There are exits on both sides of the freeway...be careful
4. The speed limit is 60.
5. Our Portland GPS is as confused as we were.
6. Random cars are parked on the Freeway (we later found out this is legal...strange!)
7. St. Louis gave me elphantitis in my ankles/feet
8. Stesha's soul will clearly be saved while she is in Illinois...there are a ton of LARGE churches!
9. Is there a Target? There is a K-mart
10. Yay for Cracker Barrel
11. Carl's Jr/ Green Burrito is called Hardee's/ Red Burrito...why the change in burrito color?
12. What is "Dirt Cheap?"
13. Are those hills in front of us? No, just tall trees
14. There is a Target
15. The pizza place had gluten-free crust
16. Frozen custard is everywhere and the BOMB!!!
17. Concretes (frozen custard) is the same as a blizzard
18. Stesha can find her extra healthy, oregon-y dog food next door to the hair salon she found on the internet and both are located in a random strip mall.
19. Thunder & lightning storms look like the lightning may actually hit the car...the sky opens up and warm ran falls in buckets
20. It is totally ok to talk at length to random strangers...