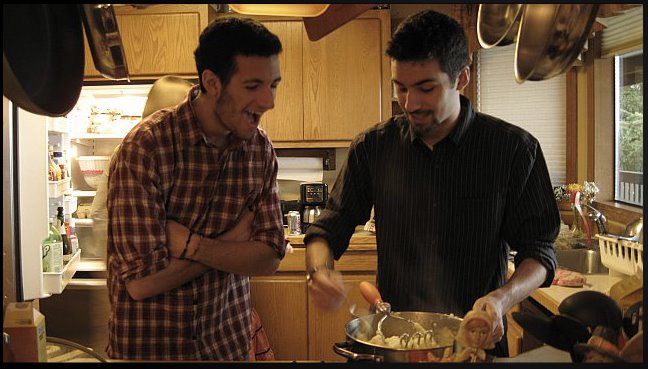 I got married to an amazing man when my girl was nine years old. He came to the marriage with two boys, ages five and ten. They didn't live with us, but rather out of state, but they spent their summers and alternating holidays with us. In those first years, all seemed great. They clearly loved their dad and enjoyed spending time with us. The two boys and the girl got along pretty well considering their relationship to one another and this newly formed "family." We went on vacations, spent time together.

When the littlest boy was born, things changed. Born shortly after 9/11, our entire world was turned upside down in so many ways. That Thanksgiving the boys didn't visit for the first time for fear of retribution to the plane. We didn't see them again until Spring Break when we introduced them to the littlest boy. It was a lot to take in and they had been told things untrue about the littlest boy. It was a difficult time. I worried about what they might think...would they love him even though he was hooked to machines in the hospital? We spent the entire week that they were visiting with the littlest boy sick. I wanted them to see him for who he was, a cute, loving boy...their brother. By this time the girl had a jump on them...she had been living this life of in and out of the hospital for four months. It had become our new routine. They seemed to adjust and adapt...like kids do.

Within the year they were living with us, confused and unsure why they were here. They were told they might come "visit" and through what had been a lengthy court process it was deemed that our house was a better, safer place for them to be. The next thing they knew (and us, as well) they were coming home with us...forever.

The next year was a rough one. Our oldest son struggled with his place with us...unsure as to why they had been placed here. It was rough to watch him go through so much. My heart broke watching him struggle. Finally things settled and he began to excel, in school, socially, across the board. The younger one, a social butterfly from the beginning seemed to adjust well from the beginning. I realize now that he needed the same kind of attention as his older brother...the transition had been difficult for them both. Don't get me wrong...they were fabulous boys then and are incredible young men now. I just didn't see, at the time, how much nurturing and love they both needed above and beyond the normal. Their lives had been turned upside down too.

As the years went on, both boys did well. I feel like our relationship blossomed. I loved them both as if  I had given birth to them. There has never been a moment that I haven't thought of them as my own sons. When the oldest graduated from high school, my heart was crushed....he was the first to graduate, the first to leave home. He had decided to go to school in the southern part of the state, to a small state college...I didn't realize that having your child leave was so painful. This was a mothering lesson learned for me.

The boys have always been close, for that I am grateful, but there are times when I wish I could somehow find a way in. I want to have a closer relationship with both of them, but I don't know how. It comes easy with the girl, but not with the boys. I don't think it has anything to do with being birth related, but sometimes I wonder if it has something to do with being a mother figure. I, too, came from my mother's house to my father's. I had some issues with a mother figure which took time to work through. I have never asked them...I feel like an intruder in a place I'm not sure that I am invited.

Loving these two boys has been one of the most wonderful, fulfilling things in my life. People say that it's not possible to love someone else's children as your own, but I would have to disagree. These boys are my sons, the sons of my heart. I wish that I could be more to them, more for them. I am there for them any time for any thing...I just hope they know this to be true in their own hearts.

Mothering these boys have brought a richness to my life that I could have never imagined. I believe that this family of ours was meant to be. Watching them grown into young men has given me joy. I know that they have their own struggles and I hope, in time, I will be one that they come to. They are close to their father...don't get me wrong, I am grateful for that...I just desire to have a connection with them too.

I love them both with all my heart....although I did not give birth to them...they are my sons...


Mother's Day sons of my heart