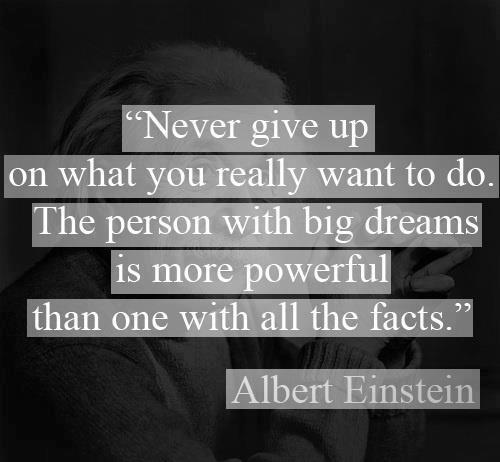 Today is your birthday...it is the 134th year of celebrating your birth...I wish you were here to celebrate. I think you would get a kick out of Pi Day and honoring you! Thanks for having big dreams because today I am also honoring those!

Years ago, when I was in high school I met this amazing teacher named Mr. Boring. I know...a teacher named Mr. Boring seems comical, but let me tell you, he was NOT boring! He was amazing. Mr. Boring became the template for which I would frame my teaching life. He was accessible, kind, understanding, rigorous with high expectations, friendly, and most of all, caring.

Albert, Mr. Boring taught me to love science. I didn't really consider myself nerdy before then, but after having Mr. Boring as a teacher, my love for science flourished. More than anything, I wanted science to be a part of my life. Mr. Boring took a stand for me when I couldn't fit choir and AP Biology in my schedule, so he and the choir teacher (Mr. Baker...another one worth mentioning another day) worked together so I could have both. I had two classes in the same period and went back and forth between them. It was the first time the school had ever arranged something like this. I was honored, and worked hard to make Mr. Boring proud. My two regrets were that I once cheated on a test (which I passionately confessed two years ago upon seeing him...he laughed) and that I never took the AP exam because I didn't want to disappoint him if I didn't do as well as he expected.

I went to college, was placed into junior level science classes due to the incredible knowledge gained from high school, and embarked on another journey with another great science teacher, Dr. Voth. (again...a tale for another time!) I wanted to be a scientist like you, Albert...I wanted to become a teacher and model my teaching life after Mr. Boring...I wanted to have the same connections with students, I wanted to make a difference in lives too.

Albert, your hair was crazy and I am sure that people thought you were crazy, but you were a visionary...you had the big dreams. You were single minded in your desires to discover amazing things. You never let others slow you down. I believe that you inspired Mr. Boring to be the amazing scientist that he was...who in turn inspired me.

Today, Albert, I told my students about the observations that I made yesterday on my school visitation. I wasn't angry, I just told them what I saw and how much I wanted the same things for them. I told them about the students having their supplies, being engaged in class...mostly I told them how seeing these other students being excited about learning and how sad it made me that they don't have that same.

Albert...I passionately told my students how much I want them to be successful...how important that it to me and should be to them. I told them how I want to be there in four years when they graduate and I want to hear their names as they cross the stage...each of them, but then I also said that regardless of what happens, because I know, Albert, that some of my students are going to lose their way, that they need to finish school...whether that means getting their GED, or going to the community college, because no one asks if you finish on time, just do you finish. I know you didn't finish school, Albert, and you have made a huge difference in the world anyway. You followed your dreams and didn't let anyone get in your way. That is what I want for my kids...I want them to have the world of possibilities open to them...I want them to persistently try...

Today I honored the math side of me by wearing a Peace of Pi shirt, but I also honored you Albert, by wearing my Periodic Table Toms...it was great..my whole nerdy self having perfect symbiosis.

Albert, thank you for being the person you were...being willing to keep at it, having big dreams regardless of who tried to stop you, ignoring the facts about how something may not work and trying it anyway. We can still learn a lot from you Albert....even though you're gone...you have left a legacy that extends beyond the infinite length of Pi!