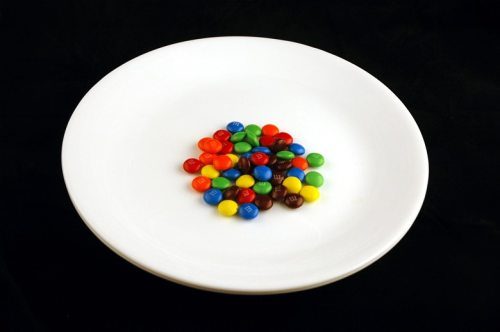 I have become a tattoo monger. My youngest son, who has some serious sensory issues, has decided that he likes temporary tattoos. This is a monumental feat for a boy who immediately pulls off a sticker or any other thing of the sort. About a week ago, one of our nurses asked if it would be okay to put a tattoo on his hand. I told her to go ahead, but to be prepared to immediately remove it. He had been indicating that he wanted one (well, one on each hand for symmetry, of course!) After putting on the tattoos (to my amazement), he wanted to show them off. His first foray into tattooing was four total tattoos (spread on two hands); Thor, Lightning McQueen, Sally, and Spiderman. It was quite the combination, but he wanted to show off each one. It was a huge step forward for a boy that wouldn't even hold any kind of counting bears in kindergarten because of their texture.

Since our introduction to tattoos, I have purchased 7 sets of Valentines. This would almost be enough for the rest of his educational career, but actually, although the valentines are cute, I really don't care...I just bought them for the tattoos...maybe we'll trick out his wheelchair next? Is there a Harley brand?


This morning when I went to work, I checked my mail box as usual. Imagine my surprise when I found a little bag with some M&M's in it and a sticky note attached that said, "Thanks for the inspiration." This note, from a co-worker was a great way to start my Monday. It was a crazy day...clearly the children had eaten a lot of sugar over the weekend or were locked up in their closets because they had A LOT of energy!! Anyway, the pick me up at the beginning of my day was inspired! Although I normally don't eat much candy, on the way home I was savoring the chocolate, thinking of last night's blog, when all the sudden I was struck by a memory!!

Years ago when my daughter was small, my in-laws lived with us. My mother-in-law played a game with my, then, two year old daughter..."Do you want to have a secret?" My daughter, of course loved secrets, as little girls do, so she would follow her Nana down the stairs to be given an M&M and have "I love you" whispered in her ear. This game went on for years and it was a special thing between the two of them, as well as a special memory for my, now grown, daughter. Today, as I was driving home, munching on my M&M's, a little voice said to me, "Do you wanna know a secret?" I smiled thinking, "Yes," only to hear the reply,"I love you!" I felt so warm inside...with each M&M, I felt my co-worker's love. She had not intended to give me this gift on the way home, but even as I am writing this, I am smiling inside, feeling cared for and loved. Wouldn't it be nice if we could all give each other that gift?

Love and caring are areas where we all could use a boost. Feeling that someone is thinking about you and pushing you to continue is inspirational. Imagine if we would tattoo on each person's heart the secret that tells how we truly feel about them? Imagine if that "secret" was a boldly written, "I love you!"